It’s not enough to just be grateful, we’ve got to help others in need.

I watched a fascinating series on the History Channel ™ called “The Men Who Built America.”

It told the story of three of the richest and most powerful men in the United States in the early 1900’s – including Andrew Carnegie, John Rockefeller and JP Morgan.

These guys were amazing.

No challenge or obstacle was too great.

They outworked and out thought everyone else in the marketplace and as a result, they essentially ran the country.

What I found most interesting is that instead of enjoying their fame and fortune, they seemed to spend all of their time consumed with comparing themselves with one another.

No amount of money was enough.  It seemed as though every time one of them enjoyed a victory the other two felt as though it was depleting their wealth or importance.

The truth is, you either believe that there is plenty for everyone (abundance) or that there is a limited amount of resources and you need to make sure and capture all that you can (scarcity).

The scarcity mindset always results in a life of frustration and envy – regardless of your accomplishments. The best was to avoid this lifestyle is to live gratefully and give generously.

Having already talked about the importance of living gratefully, I’d like to discuss the concept of giving generously.

Most people give of their resources when the following conditions are met:

This kind of giving might make you feel good for a few minutes, but that is it.

Twenty-four hours after making the gift you will wake up felling no different than the day before.

If you’d like to change your heart, and enjoy a life filled with joy, contentment and happiness, you need to give generously.

A generous giver has the following characteristics:

You might argue that as long as both give, what’s the difference?

It’s huge – especially if you’re interested in the ultimate goal of all of your behavior – happiness.

When you give from a place of true empathy with no motive other than improving the life of someone else, something amazing happens.

You are no longer focused on the one thing that causes almost all anxiety and distress – an obsession with yourself.

I’ll warn you, this is extremely difficult at first because a selfish giver usually worries that every dollar donated or hour volunteered contributes to a shortage in each one.

You will write some checks that make you nervous and wonder how you got talked in to spending your weekend painting a house in the inner city.

But, I guarantee that over time, you heart will change and you look forward to selflessly giving your resources.

In fact, you’ll probably soon discover that nothing puts a smile on your face like helping someone else in need.

Give it shot, what’s the worst that can happen. 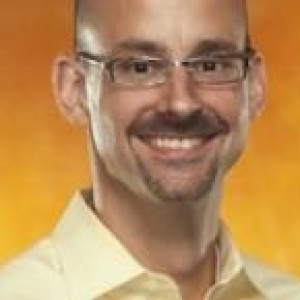